Tech and Me will provide the offical VM for Nextcloud

Well, much has happened these last couple of days to say the least. Our new ESXi server is up and running (!), and last but not least – ownCloud has been forked by the founder Frank Karlitschek and some of the main contributors to ownCloud.

The new company is called Nextcloud and aims to be a more community friendly option than ownCloud are – as ownCloud was(is?) more organized as a company rather than a community, or that the balance between being a company and a community was uneven regarding to Frank. He thought that the open-source project didn’t quite got the attention it deserved by the managers and other people at ownCloud. Things led up to that Frank April 27:th announced that he would leave ownCloud Inc. With him followed some of the top contributors to ownCloud and together they will provide an alternative to ownCloud focused more on the open-source community side of things, and with greater power to the community rather than a company that are being top managed like ownCloud Inc is in a way. This means that it will be easier to contribute, features will get in faster, and old bugs will be resolved quicker. It’s great if you ask us and we are very eager to see what Nextcloud has to offer.

There has been a lot of questions regarding this from their former colleges which we won’t go into in this article, but reading Facebook, Twitter, and other social media you understand that this move was interpreted as competitive by ownCloud and they even released a statement saying that their US branch now had to close because of this. Here is a video about Nextcloud that explains a lot:

So what about the future then? To Tech and Me this came a little bit as a surprise, and it took a while to sink in. Mainly because Tech and Me are, and has been such large contributors to ownCloud, and suddenly it felt like we had to choose. Well, we decided not to choose side in this, and we will continue to serve both sides with contributions and VMs – at least in a distant future. One thing we can say about sides though is that we really think this is a good thing. Competition makes both sides work to be better than each other most often, and though ownCloud suddenly lost some great people they will continue to exist, and they are still our friends. Yes, we still love you guys, ownCloud is great!

Nextcloud + tech and me = true

As most of the people that we at Tech and Me know since ownCloud went to Nextcloud, it also feels natural for us to come along and make Nextcloud great, *hrm hrm* even greater! Yes, it will take a while to get everything up and running because of licenses and other stuff, but hey, for being a startup this looks already very, very promising. As an example their brand new forum had over 1000 posts just after a few days – people that wants to contribute before the first release is even out. Isn’t that something? As a side note, their forum looks way better than ownCloud’s we must say.

Another thing worth mentioning is that Nextcloud will release a drop in replacement for ownCloud so that the transition will be as easy as possible. More info about that in the Nextcloud news, or as Franks blog states:

We will release a drop in replacement for ownCloud in a few weeks so that users and customers can easily upgrade to Nextcloud to benefit from the new bugfix and security improvements and features. Nextcloud GmbH will provide free support for all current ownCloud customers to simplify a transition.

As we provided the ownCloud VM even before the official one was made (with our help) and our VM got a lot of great response over the years – we decided to ask if we could provide the Nextcloud VM as well. This time not as a third party but as the official one. The responses were good, and we got an OK to re-brand the VM and make a new repo in Nextcloud’s Github. Yay!

There have been some discussion about providing several OS’es, but it will be too much to maintain for us alone (doing both the ownCloud VM and the Nextcloud VM) so if you are interested in adapting our scripts to another OS you are very welcome! The first release of Nextcloud is expected in a couple of weeks, but we already uploaded the scripts so that you can re-write them if you want.

More about all this in some of the future posts, but now you know the basics… 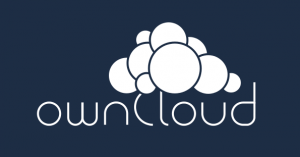 We had some complaints about the startup-script as it doesn’t seem to get the IP-address from DHCP when Ubuntu boots up on the new machine for the first time. We know why this is happening, but not how to fix it, yet. This is very frustrating actually because we want the VMs to work out of the box for everyone, not just most of you. We have it on our todo-list and Ezra is on it, as the issue doesn’t appear for Daniel it’s hard for him to troubleshoot it.

Another thing we have on the todo-list that we will improve the security even more. In 9.0.3 you can expect DDOS protection (in some sense) as we’ll install some Apache plugins that aim to prevent those types of attacks. It’s very useful as most of us have ownCloud on a direct public IP. Services as Cloudflare works bad with ownCloud as Cloudflare isn’t intended to use for services like ownCloud – also there is a limit set for the upload to 100 MB, pfft. :) 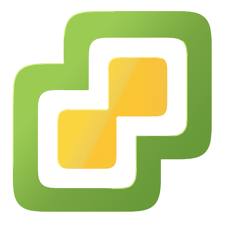 So we finally got all the parts for our new server last week and could start to build it. The reason for taking so long is that there were some delivery issues with the dealer we bought it from, so we had to wait like 7 weeks for everything to arrive – but he who waits for something good never waits too long, as we say in Sweden. The new server is no longer several VMs running on a Windows machine in VMware Workstation, this time it’s an ESXi host with much better performance and reliability – dual Xeon CPU’s, ECC RAM, a proper RAID 10 done with a Dell Perc RAID controller, and prepared to grow. We can put as much as 10 HDD’s in it, and 1 TB RAM. Well yeah, we will never need that much though but it feels good to not being limited as in out old machine. The server is now protected in it’s own network behind an OPNsense firewall (really great stuff btw, all you Pfsense guys) and the rules are set to be very strict. The VPSes we host can only reach WAN e.g. We use hardened Libre SSL instead of Open SSL and we also use OPNsense’s Intrusion Detection which is rulesets to prevent port scanning, Trojans and other kinds of attacks – just as a couple of examples. We are very pleased with the new setup, and hopefully it can stay loyal to Tech and Me’s domains for several years to come.

This was all for this time, but as usual – stay tuned for more and subscribe if you want to get the latest news before everyone else. If you like Tech and Me and what we do, please consider sending us a donation to pay for our bills.