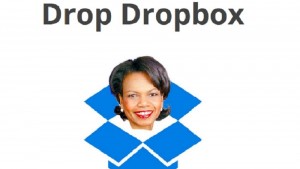 It’s been a while since our last production VM update. Our last release was in late January when we were in the making of building the owCloud scripts for easier deployment of the VMs. And yes, a lot of work has been going on under the hood since, that’s why we haven’t written any posts lately. ownCloud 9 have been in the making, and since PHP 7 wasn’t fully supported on 8.2.2 we have been very eager to be able to make a production VM with PHP 7 instead of PHP 5.6. Up until now, we have made all the changes in the beta VM, to test everything properly before we released it, and it only took us a fiew minutes to adapt all the changes to the production VM once ownCloud 9 was released, and today we say; finally – ownCloud 9 + PHP 7 is a reality! The speed is awesome as you may imagine, and as usual we have stuffed it with even more goodies.

In the earlier versions we installed everything from packages, but since PHP 7 still is quite new, we had to make some adjustments. One of them was making a script for installing the latest phpMyadmin and configure it to be secure, as the package manager did half of the job for us in our previous configuration. This means that in every release from now on, you will always have the latest phpMyadmin version available at the time. We also added some security by locking it down to the IP address you’re using during install so that everyone else are forbidden to access your precious MySQL database from outside.

Besides that we also updated the Redis script a bit. One example is that the script now recognizes how many CPUs you have an limits the test to just 1 CPU as we have seen bug reports on running the tests with more than that. So if you are on a single core CPU everything is fine an no changes are made, but with more than that – it’s limited to one. That way you can be sure that the tests are running fine, and that Redis are installed without any errors. Of course you can never be 100% sure, but anyway – as the installation of Redis is done before we release the VM there is no risk of failing, let us worry about that. ;) Redis will also always be the latest version at the time of the release, and right now we’re on 3.0.7 with phpmodule 2.2.7. As you may already know if you tested the beta version – Redis + PHP 7 does wonders to the speed. Like we stated earlier, “you miss it if you blink”.

A few issues that are worth mentioning if you are upgrading from previous versions are that some things changed, as they always do in a new major release. One of those things are the ownCloud repos. A while back ownCloud chose to change from openSUSE to their own repos, and this time they changed the URL slightly. So instead of;

We noticed the change when we tried to update and just got updated to a version below 8.2.3. Looking in;

we noticed that there was a difference and after the change was made, there were now issues anymore.

Another thing you should notice if you are using the calendar or or contacts is that ownCloud now has built in the CalDAV and CARDav into core, and also changed the address from ../remote.php/caldav to ../remote.php/dav. This shouldn’t be an issue as the developers has built in a migration proccess in the when updating from a version below ownCloud 9, but just in case you run into issues, here is a nice post about it from one of the devs. One thing I noticed though is that birthdays when using DAVDroid (great app) is not working properly. I filed a bug report about it, and also let the calendar dev know about it, so hopefully there will be a fix in the next release without having to manually change the address or something similar.

Other than that the progression of ownCloud is impressive. Last time I heard some numbers over 9 million users where actively using ownCloud, and of course there are several reasons why. The Federated Cloud sharing has really improved. Now it’s possible to write comments to the ones you share to for instance, and you can also add trusted servers in your settings. This makes collaboration really easy, and that’s kind of the point with having the possibility to share. And it’s secure!

A new tagging feature has also been implemented and besides making files and folders favorites for easy access, you can now put tags on them as well, and in that way categorize everything so that you easier can access everything. Of course there have been more changes than that, and for the full changelog, please click here.

Another cool addition is our new demo server, yes, Tech and Me now have our own demo server. You may think it’s unnecessary as ownCloud already have their own, but in this way we can control what we want to show, and we can also publish apps for testing purposes for example. If you want to check it out,

We also made some changes to the update script as well. As we noticed that the custom theme always got reverted back to default, we built in a function so that you now only have to add your theme name to the to variable between the ” ” and you will never have to manually change it again, the script does it for you. Yeah, we are lazy. :)

Are you interested in blogging about tech, but haven’t set up your own site yet? Or maybe you are a big fan of ownCloud and want to help us spread the word? Then you are more than welcome to join Tech and Me! We have around 800 unique visitors per day and are mostly involved in stuff that concerns ownCloud. Now we want to expand and need you to write about whatever you like, as long as it’s related to tech or IT. Please contact Daniel or Ezra if you are interested and we can discuss our future together.

That’s all for now, as always stay tuned for more!

Monitor your uptime with StatusCake